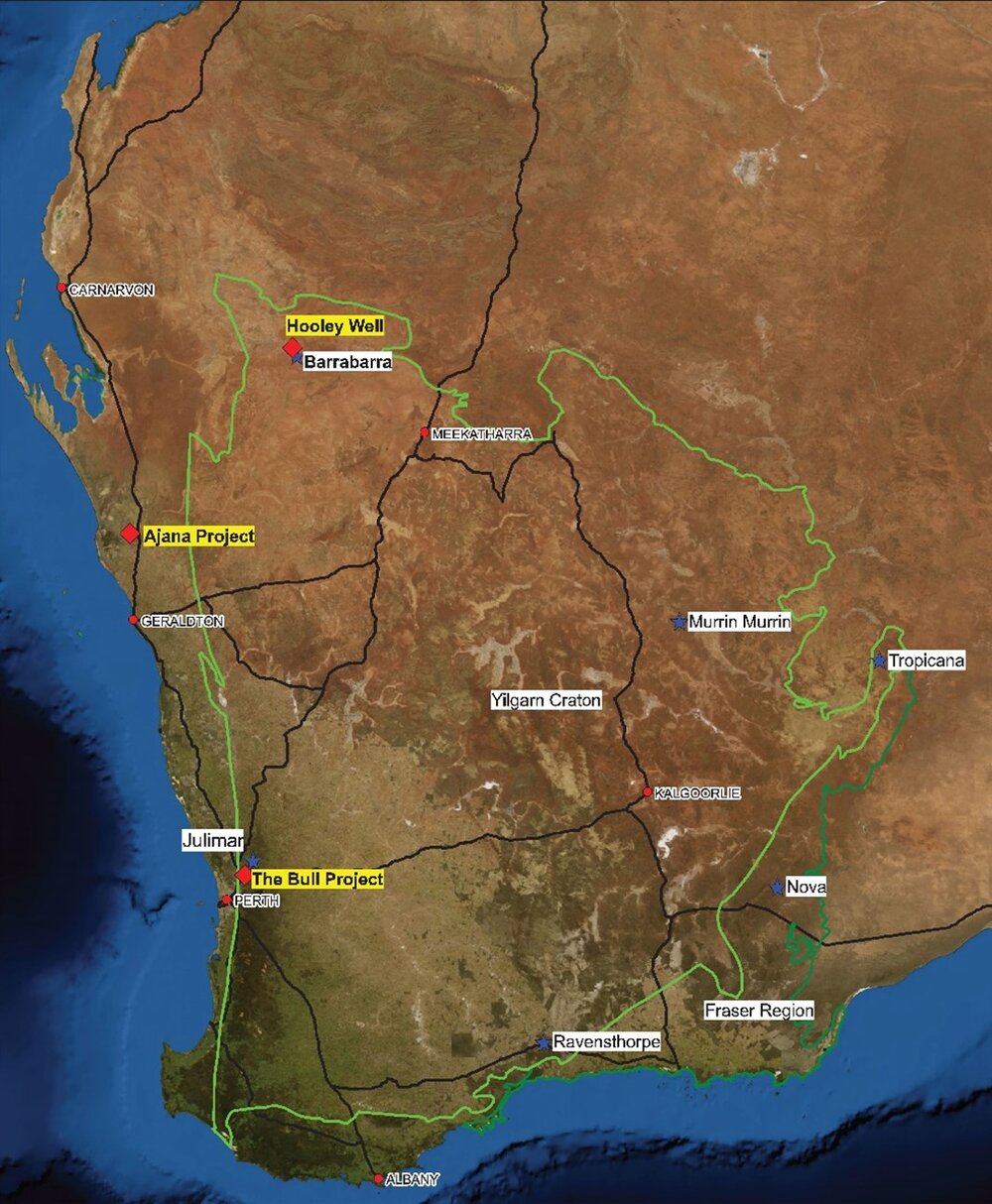 Key points
A key focus within the Company’s WA portfolio is on advancing exploration at The Bull Project which covers 82km² and adjoins the high-grade Julimar Ni-Cu-PGE discovery made by Chalice Gold Mines Limited (ASX: CHN). With renewed focus on nickel sulphide mineralisation and associated copper and PGE minerals, Anson’s WA portfolio holds significant potential and is in a favourable position to benefit from the renewed interest in these minerals. 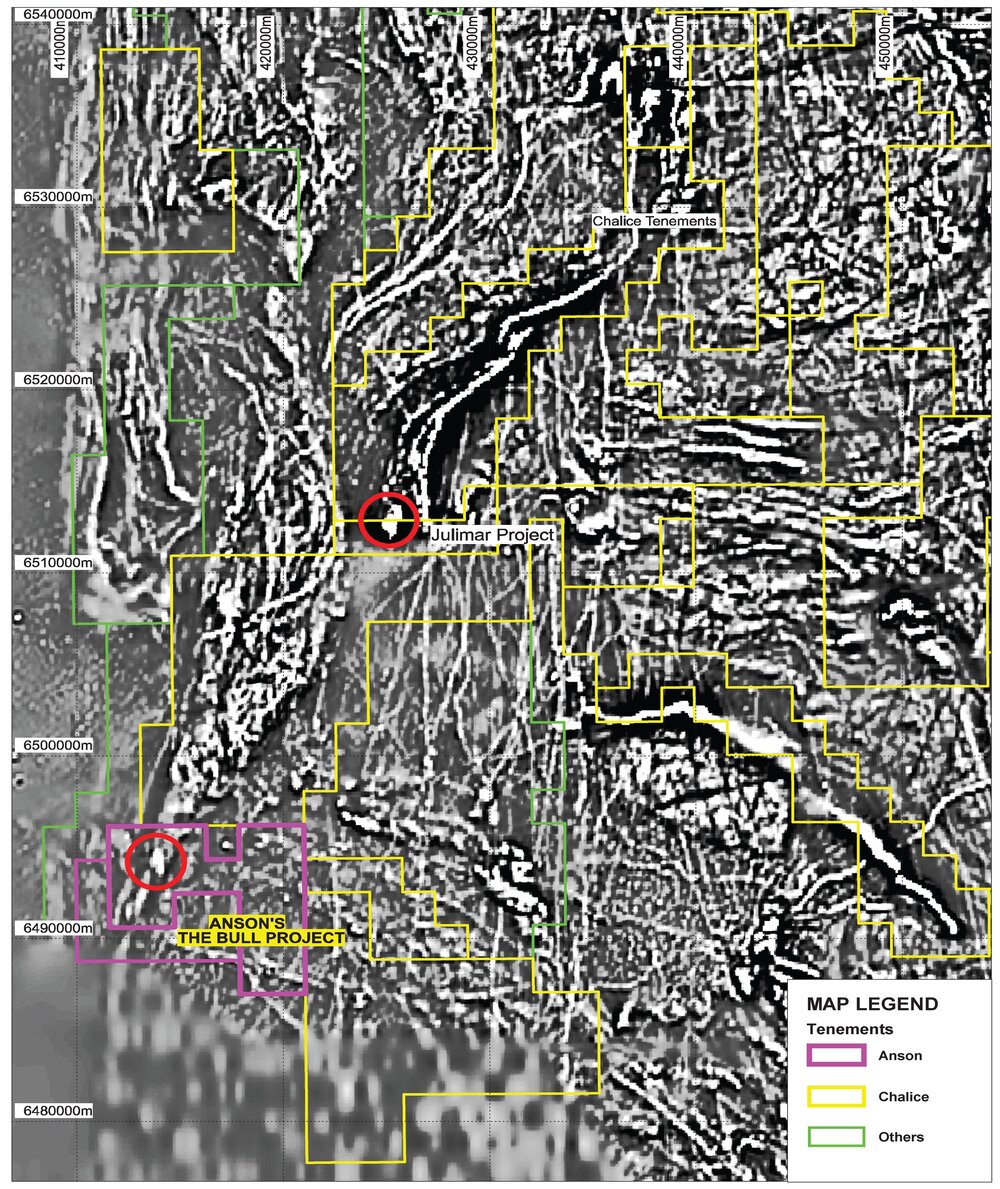 The Ajana Project is located in Northampton, Western Australia, a proven and established mining province for zinc, lead, silver and graphite. The project is situated within the prospective historic mining center of Ajana. The tenements, E66/89 and E66/94, and E66/100 (under application) are located 130kms north of Geraldton and on the North West Coastal Highway.

The prospective ground on the 222km² of tenements E66/89 and E66/94 is dominated by the Northampton Metamorphic Complex, which typically hosts graphite mineralisation in Western Australia.

The Erong Hill prospect is a mafic-ultramafic intrusive complex confirmed by historic exploration drilling and the Hooley Well prospect has been interpreted as an ultramafic intrusive from historic aeromagnetic surveys. Both are considered to be the conductors. This geology is comparable to the Julimar high grade Ni-Cu-PGE discovery and the Nova-Bollinger, Fraser Range Ni-Cu mine both of which are on the margins of the Yilgarn Craton. 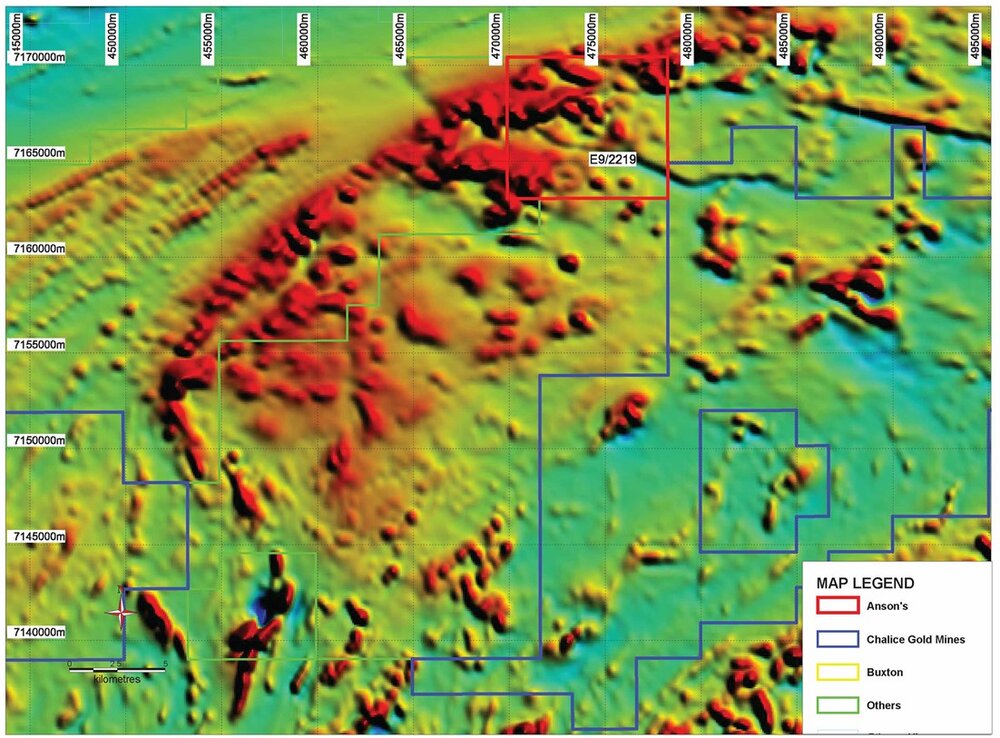